Lawry graduated from Wellesley College with a BA in Art History and a concentration in Economics, and earned her MBA from Harvard Business School. Prior to HBS, she worked as a financial analyst at PaineWebber in their mergers and acquisitions department, and then as a business analyst at McKinsey & Company. After HBS, she worked for Trammell Crow Company for two years doing acquisition analysis, then as a leasing agent and junior project manager. 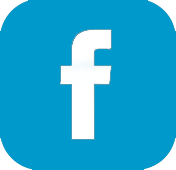